“So, this disease known as Hodgkinson’s cancer of the heart can be cured ONCE the terribly sick person realizes the evil they have embraced. ”

Today, a virulent example of this century’s newest disease, Hodgkinson’s Cardio-Lymphoma, manifested itself in Virginia.  Lymphatic cancer attacks the central lymph system and is a perfect analogy for the attempted assassination of 50 Republicans today.

Majority whip Steven Scalise, a solid pro-life Republican was in critical condition; thanks to his presence, his security detail was able to stop a hand gun and a rifle from

automatically killing 50 Republicans while they were practicing for a charity baseball game.

So, shooting to kill one of the most outspoken pro life senators is ok and not mentioned by ABCNNBCBS?

When even the extremely rare event, of a pro-abort being accosted or attacked by a supposedly pro-life person, happens, ABCNNBCBS, Kamala Harris and the pro-death in the womb crowd goes apoplectic.  For the record, Regressive Leftist anarchists, pro-life people are pro life, even in favoring demon death doctors go to jail not be shot by a Lee Harvey Oswald lookalike.

True to form, as the gun wielding domestic terrorist shoots Republicans like fish in a barrel, disguised as a Democrat campaign worker for the Bern, within nanoseconds, Governor McAwfuliff robotically shouts “gun control” like the mindless leftist man and mantra that it is.  Guns in the hands of good people will always be better than none in the face of evil.

What McAwfuliff and the Regressive Left misses is conscience control, where a well formed conscience controls the actions of one’s mind and body, to distinguish between right from wrong.  Not just right from left.  ‘This political violence has got to stop’, per Jim Talent.  Of course he is right.

But, it isn’t the winning side that needs to shake off destabilization.  The Left, from professor to politician to prostituted academic, foster the unstable like its a 3D episode of the walking Zombies on our streets.  Wake up and see what Sorosian Anarchy is doing to this great country.  Hillary did NOT win and ExprezzObama needs to suspend his third term (not to mention that 4th termer Moonbeam needs to retire too) at the Jarrett DC mansion.

Never mind, pro-currette abortion loving prostiticians (like Kamala Harris, Xavier of the Living Dead Kids Becerra, Moonbeam, Obama, Lynch, Cecile Richards and the terribly ill ilk) on the planned parenthood take, don’t care if 1.89 BILLION kids worldwide and 59 million kids domestically, have been killed in the line of duty:  that of being born to propagate the dying species, endangered due to extremely low birthrates but disguised wherever illicit or ignorant wanton alien activity takes the place of domestic born humans.

My goodness, this 14th day of June 2017, CNN was silent until shamed into action on this “diamond place” sports violence that could have been pandemic without the thin line of blue: cops, demonized by Soros and his friends at some Black Lives Matter than others.  Alinski-ites, and the rest of the Obamarats scurrying around as the losers they are, well, matter.  Sore losers doesn’t even come to mind: it’s delusional non-winners.

Have you read the Bern’s ironic comments:  “Let me be as clear as I can be: violence of any kind is not acceptable in our

society and I condemn this action (he meant shooting) in the strongest terms possible.”?

No more prophetic words could be uttered.

Tell that to Kamala, who teaches continuing education to California doctors who failed Anatomy 100.

Though she fancies herself as the Johnny
Cochran of the Senate, she is truly an embarrassment by ignoring the reality around her.  Isn’t she the pirate who raided David Daleiden’s seminal whistleblower work of her buddies at NAF/Planned Parenthood with 11 AR-15 armed goons?

Recently she went face2face with Baby Rose, a human trafficked victim, as the tutorial shows above.

Isn’t there a striking resemblance between the living Senator Harri$ and the very dead 30 year old Baby Rose of Texas?  Morphologically (explain that to the female abortionists outed by Daleiden, it means physical characteristics), the ears, eyes, scalp, hair, smile and neck match extraordinarily well.  Then, why does one get paid to kill the other?  Why did Kamala get $82,000 from the killers of the human female on the left at planned parenthood?

Well, the ONLY difference between an aborted and unaborted person is life.  And the UN, always ready to off kids “for the children”.

Apparently, our lovable socialist in preach only Bernie is ok with killing kids with sharp curved knives because he will never condemn the taking of 1.89 billion lives.  Or the emptying of 30 of our least populated states comparable to the 59 million sliced off so far.  Of the defenseless and vulnerable, growing, ready for daylight children of the womb, there is NO human reason to want them dead.

The only remote reason may be to sell their enslaved kids’ parts for profit, which frankly, comes out of the deepest part of hell.  Other parts of that heated place yield such

excellence as the Trump-o-speare in the Park stabbing, an also ran commedienne holding the ISISliced off head of the president and so much more that ABCNNBCBS wouldn’t or couldn’t find newsworthy.  Unless a tea party member could be caught telling a Sorosian brainwashed snowflake the truth.  Like grow up and throw off the indoctrination of your tenured navel lint studies professor at LeftistU.

“Are these Republicans or Democrats?”.  Fair question if you are trying to line up your victims for a turkey shoot, as the man suffering from this century’s Hodgkinson’s Lymphoma disease.

The more notable domestic terrorists, the politically protected (for the time) abortionists ask, while looking at the ultrasound screen and positioning their instruments of death,

“Are we ready for the kill shot so we can harvest her heart, liver, scalp and head?”

The real irony is, the difference between the vulnerable and innocent Virginia Congressional baseball players and babies under the ultrasound at Planned Parenthood, is it is far easier for the doctors of death to murder children, like shooting fish in a barrel, using their sharp knives on babies in a mother’s womb.  So, this disease known as Hodgkinson’s cancer of the heart can be cured ONCE the sick person realizes the evil they have embraced.

Therein lies the rub, like the dead kid on the table being drawn and quartered by technicians from Da Vinci Bio or StemExpress for $715 tax dollars from YaleMed for the head and scalp or $150 from TexasMedBranch for each heart: are they willing to give up hell’s worst surgery for a better life of doing good?  Give up all the accolades that never come from your colleagues in real medicine.  Getting $305K from Planned Parenthood’s OC HQ on Tustin@22 freeway?

Bigger question than “Are these Republicans or Democrats?” asked by a Never Trumper hater who lost sight of what’s real because the New York Times published when and where a bunch of Republicans would be practicing for the big game.  Imagine that! The New York Times, which purportedly prints only the news fit to print, gave the location out to yet another brainwashed Sanders Sorosian terrorist assassin.  And what did the fateful Trump hating Mr. James Hodgkinson do?  Lived out of his van down by the river near the baseball field.  Premeditated targeting of pro-life Scalise after the radicalized 66 year old being filled with 11-9 Regressive leftist cancer cells by propagandists at ABCNNBCBS and the Democraps.  It seems the Democrap thug leadership could give ISIS lessons on how to radicalize the unstable mush brains of their rank and file; they already have the world convinced two billion dead kids is just a down payment on saving the world from too many Republicans.

One dead guy suffering from matastasized Hodgkinson’s Cardiac Lymphoma doesn’t really compare to the carnage of just ONE female abortionist portrayed on candid camera IN THEIR OWN WORDS, using ultrasound like a rifle sight to stab a girl in a mini-sized barrel of fish juice commonly called her “bag of waters”.

After 1.89 Billion (worldwide) and 59 million stateside, I honestly don’t know the answer to turn stone cold concrete Kamalahearts into flesh and blood again, save by the Holy Spirit’s insightful indictment of her demonic actions, trying to be the tough girl with her armed goons and showing her buddies like Zuckerberg and PP Silicon Valley just how shit cool equally tough she is on Sessions and inconvenient innocent baby girls named Baby Rose.

Can demonic doctors turn their lives around, or their evil abortion prostitutes like Perry Mason wannabe Kamala Harris and her pimps at hell’s HQ?

Only Time will tell.  Hell is Hot!  but heaven is ALWAYS better for the long eternal run. 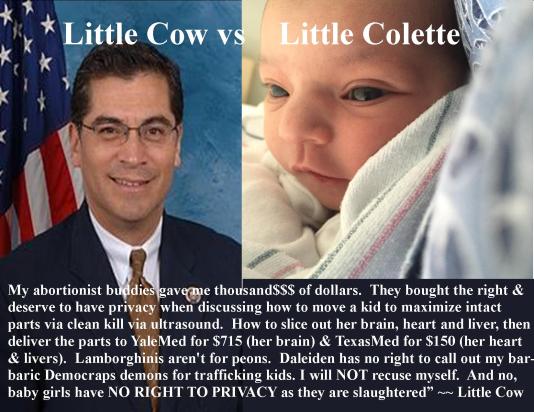 Pelosi could agree on that, while they endanger their immortal souls that surround their cemented hearts of evil.

But then, if you think a human baby isn’t worth saving, maybe an unaborted California attorney general or junior senator has no hope for a happy eternity either.  I will pray for these unstable, mentally challenged Democrat leaders, their ISISian comediennes and Hollywood, and hope they can get a much-needed heart transplant.  Or at least a transfusion of life giving, brain clearing blood free of Hodgkinson’s Cardiac-Lymphoma cancer cells.