America has had plagues for as long as we have been one of the most blessed nations on earth.The Plague of Xi is little different;  if you look and listen long enough, you CAN see and hear the good amid the devastation. God does NOT abandon His people, though we might believe such.  Flu of 1918.  RoWad Virus of 1973.

Ten plagues were visited on the Eqyptians during the time of the Israelite captivity prior to the Exodus.  The 10th was particularly deadly, killing off probably just as many first born Egyptian sons as Covid19 has done in this plague.  Whereas the various strains of Covid19 have only killed 35 American children, the Plague of Paraoh focused on the oldest sons of every Egyptian family.  The Israelites were spared due to the innocent blood of unblemished lambs on their doorposts; it caused the angel of death to “Pass over” those homes so equipped.   Of course, this foreshadowed Christ’s substituting Himself, the Innocent Lamb of God, for each of us that professes Him and believes in His teachings.  John 3:16 is more than an endzone sign flashed after misquided millionaires take a knee and disrespect this covenant and free land.

When he heard this,
Elijah hid his face in his cloak
and went and stood at the entrance of the cave.

It’s almost like a famous music group: Earth, wind and fire. The group started in 1969 and spanned all the musical genres.  Ironically, they have a tour coming up with Santana, who many of the

older gen might remember had an album that three peated the number 6. 666 is popular with the satanist crowd and some of Santana’s faire involved the not so Godly.

God was not present in those elements (earth, wind and fire with Elijah) and events, though He having made a 553 sextillion mile wide universe could easily cloak himself from Elijah that way.  A tiny whispering sound.  Are we listening for God’s message during this tragedy.  Do we realize God is separating evil from good, the goats from the sheep, the lawless anarchists, the arrogant one worlder arsonists, the disorderly rioters….from the law and order loving true Americans and God believers.

Bishop Vann said ‘demonic activity” is up.  Ya think?!  Think about the facts and truth. Both good AND evil is no longer in the shadows.

Xi Jingping is an atheistic master racist mass murdering tyrant who used an evil virus, incubated it in his 11 million Wuhanians (whether designed or not doesn’t matter) and sent the plague by Sino Viral Airlines to all corners of the world, starting with Spain, Italy and the US.  Worldwide.  No doubt and undeniable.  Are the Chinese people guilty?  No other than a few who spit in PPE sold back to the US.  It was the CCP and PLA that hold the evil empire awards

Is there good in this? Thousands of selfless first responders giving their all, like 9-11.  People helping people constantly; like Mary the MaskmaKeer and others donating masks to the needy.

People doing Christlike charity for others: BKind  4Give B4Given  HELP1some1-2day and MORE if you are able.  So many NOT making excuses to help thy neighbor despite the petty tyrants insane dictats

How about MORE deadly flu cases for the young because of the three WsWell, 166 kids died from a very severe flu in 2019 (reported Jan 7); did God do good by “limiting” the SARS-Cov-2, like the innocent blood on the doorposts, demon of death from touching His most precious innocent little ones?  You tell me!  in fact, suppose MORE kids did not get or die from the flu because we washed hands, isolated, even wore masks and didn’t lick doorknobs.  Stopping flu in 2020 could be a good consequence of Covid preparations.

There’s another plague/virus known as RoWad73 that was incubated Jan 22, 1973 and since then is NOT under control.  It affects mainly the inner city minorities like Blacks and Hispanic poor; in fact, unlike WuHan, the virus is dispensed at kill mills with PP logos.  The average age is less than nine months (since conception); 22 million black kids have died so far, among 61 million American children.  It can be cured, though the retooled Marxist orgs Black Lives Matter and AntiFA are not interested in God’s children but prefer making billions using mayhem, anarchy and deceit.

61 million  is enough to replace EVERY human in our 31 least populated states.  One for one.  So God “allows” human “doctors” to slice up black babies, retrieve their organs and ship them postage paid to med labs everywhere.  I thought human organs were NOT for sale.  Apparently not: like “protesters” getting an immunity card, PP and satanist surgeons get a free pass to pass NOT for free baby hearts, livers and hair.

To me, this is pure demonic evil: But there are good things happening.  Like the many neighbors who are now getting to know each other better since MLB, NBA and NFL, the theaters and other entertainment venues are closed.   Yes, I miss movies and sports; you might miss Disney.  But, LOOK for the good, the blessings in this.

No matter how hard Gov. Recall Newsom tries to shut down singing, close the Churches, lock out worship, God can STILL be heard in a tiny whispering sound.  Though suicide and depression, drug and alcohol abuse are up, the chaff and wheat, the good and the evil, goats and sheep are now most visible.  The evil ones MUST be held accountable, like the 6500 deaths of Gov Cuomo’s nursing home elderly.  You can’t put 4500 infected patients into the 593 NYC homes without impact.  Same with the other 7 gov or so who insanely and evilly followed Cuomo’s lead/

In the gospel, Jesus had just fed 5000 listeners ’til they were full, leaving 12 baskets of leftovers gathered.  He sent His Apostles on a boat tour across the water; meanwhile He dismissed the throngs and stayed on the mountain to pray.

At once Jesus spoke to them, “Take courage, it is I; do not be afraid.”
Peter said to him in reply,

“Lord, if it is you, command me to come to you on the water.”
He said, “Come.”
Peter got out of the boat and began to walk on the water toward Jesus.

But when he saw how strong the wind was he became frightened;
and, beginning to sink, he cried out, “Lord, save me!”
Immediately Jesus stretched out his hand and caught Peter,
and said to him, “O you of little faith, why did you doubt?”

As St Pio puts it  “Pray.  Don’t Worry!”  Trust in God, amid this pandemic and the governmental employee missteps which is hurting our country.  Do the safe

Paul commiserated just how much his people, the Jews, had been gifted, entrusted from the time of Abram to the time of Christ; as the lightening struck apostle, he feared for them.  We must listen to Christ: “Take courage, it is I; do not be afraid”

Please, as you complain about the misery merchants, see the good in your kids, your spouse and others; yes, the regressive leftist anarchists like Soros and puppet Biden’s handlers want America destroyed.  Like the pharaohs of old, they want us all enslaved to their absolutely bizarre notions of governance, total socialism/dependence on their idea of a sovereign nation.  They can’t leave well enough alone and enjoy the good around them.  But pray that the man who shut down Chinese air flights Jan 31, 10 days after the first US Covid case identified, continues to battle for life (THE most prolife president in history) and against the swamp creatures who want to leech our land while we are wounded.  Evil is as evil does.  Even ignoring 300 successes by the president they hate and are willing to destroy a great country to keep their demonic power going.

Bishop Soto’s fave song “How can I keep from singing?” comes to mind. Through the tumult, hear the Lord.  Jesus has NOT abandoned those who call on Him.

Remember: Take courage, it is I says the Lord. “Do not be afraid”

We are sooo spoiled as Americans; get our feelings hurt and our knees bruised, and we go ballistic.  Many of you value and pray the rosary.

In the WWII death camps like Auschwitz-Berkinau, food was terribly scarce.

Bread more rare than the gold teeth the demonrats extracted from the gassed Jews and Poles.  Ever hear of a bread crumb rosary?  I have seen one preserved in Czechoslavakia.  The death rowers would save a little bread, form it into small balls and form a rosary on string.  These people didn’t worry about their next mani-pedi or when the hair salon was opening up; they valued and passed around these rosaries for use by all those destined for Nazi deaths.  Always remember, value is what others place on an object or even a life.  As a realtor, I know a home’s price is based on what a buyer will pay.  No buyers, price drops.  Gold some say has intrinsic value; try eating your gold chain if no food comes in a drought.

A human life? Guaranteed by our Constitution and God Himself but some lives matter more to others.  Prochoice abortion lovers (satanist rituals use abortion in their religious practices) value a kid dead more than alive.  Same with the bread crump rosaries: invaluable to the shared owners more than the scarce bread in their stomachs.  Get over yourself, folks.  We are in the same body of water, like the Apostles, just different boats.

Erica was arrested for chalking the sidewalks with her message. Equal and fair justice?

Don’t let the white fragilists, the black lives matter more than other humans, the American way haters, the Sorosian anarchists, and especially the baby killing party of total slavery founded in 1854 STEAL your HEART.  Just like they steal the hearts of black and white kids in those kill mills strategically located in black and poor inner city neighborhoods.  Why does NYC have 41 abortion mills?  You tell me.  Certainly, they keep operating WHILE covid ravages the elderly.  But God HAS protected the young from Covid (at least, so far) while we, NOT the virus of Xi, kill off 3000 humans per day.  For no good reason at all. Student for Life Erica was arrested for using chalk to write “Black PREBORN lives matter”.  They sought permission, but DC mayor Bowser can paint giant yellow Black lives matter but how dare a prolife protester use chalk.  God is watching.,

Go ahead, and let the liars lie and steal your mind, money, heart and kids; don’t support the anarchists, sons and daughters, nieces and nephews, even in Norco.  Want a true blue white supremacist, AOC?  It’s not St Damien, though he turned white from helping the abandoned on Molokai,

Alexandria AOC; it is the one you serve, Margaret Sanger. 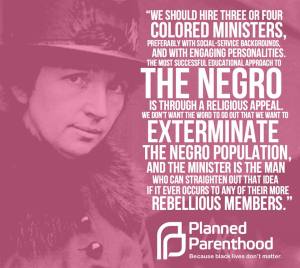 Looking for a MASTER racist? Look no farther

Sanger, the master racist who prefers the Negro population gone.  God created ONE HUMAN race, not 12; color doesn’t matter to Him: it shouldn’t matter to us.  Stop the silliness and focus on helping your neighbors, not talk talk talking day and night via Zoom about nutty winds of doctrines.

After all, “For God so loved the world that He gave His only Son…”  But, note that no endzone sign tells the whole story.  No matter how Covid19 turns out, it CANNOT kill your soul.  But YOU can.

For God so loved the world that he gave* his only Son, so that everyone who believes in him might not perish but might have eternal life.k
17For God did not send his Son into the world to condemn* the world, but that the world might be saved through him.l
18Whoever believes in him will not be condemned, but whoever does not believe has already been condemned, because he has not believed in the name of the only Son of God.
Find the good; my partial list should just get you started
The Virus Hunter at your service.