OK, why not just start with the cutesy stuff about life.  Kids in mom’s arms, toys all over the place.  Gifted with eleven kids, this should be an easy thing.  But, like a good firefighter who pulls the most vulnerable child from the kindergarden room first, let’s talk black.  At 12% of the population in America but with over 50% of the abortions happening to black kids, i think Sanger has her dream fulfilled.  We are getting rid of black Americans faster than they can reproduce.  And Margaret is happy, wherever she is.

Listen to Hitler’s protege, who in the early 30s took her racial hygiene ideas to the National Socialist party in Der Fuehrer’s Germany.  A couple years later, Adolf came up with the Nuremberg Racial Laws, which turned Jews into costume Jewry, property.  Like the blacks at kill mills today.  NYC, ferocious in killing blacks, 3/5ths (like 3/5ths voting value after the Civil War) are killed versus birthed alive.

So, the CEO emeritus of the planned parenthood federation said this: “We do not want word to go out that we want to exterminate the Negro population,” she said, “if it ever occurs to any of their more rebellious members.” Hat tip to Woman’s Body, Woman’s Right: A Social History of Birth Control in America, by Linda Gordon.  Jesse call your office and Mr. Sharpton, whattaya think of dem apples?  I guess it hasn’t occurred to the national self-appointed black leadership that killing blacks before daylight has a geometric, in other words, massive impact for generations until the end of time, Jesus returns or the Cubs win the world series.

Jesse Jackson said it best:  “Abortion is black genocide”; head scratcher is why the tune retune on his part.

Our black friends went from the plantation (ask Star Parker), then valued at 3/5ths homo sapiens…to a 100% person, only to buy into killing blacks being totally cool 12 times the rate of whites. In NYC, where abortion is more common than tummy tucks, foreign born taxi drivers  and sushi, over 50% of abortions are black kids.  Small black kids are killed 60% more than born alive.  Maybe the “more rebellious” need to get off the political plantation buffet line and help where it is needed the most: perfectly fine black kids inside violated black mothers.  Any mother who walks into a planned parenthoodlum lair will be violated by someone; if not the man in her life, the Man’s surrogate corporate entity, the abortogod on duty doing his extreme Edward Scissorhands impression to a woman’s womb.

Add in, a nanny/foster government as the single mom’s husband, and fatherlessness leads to more black teens kiling black teens.

They learn from the abortogods that it’s ok to choose who lives, who dies.  Amen, Bryan Kemper. From discriminating for color of skin, to killing kids with skins of color.  Planned parenthoodlums don’t necklace or lynch by rope; they use medical grade assault knives or lethal inject full term living black babies through the brain.

The most evil corporation in human history is more efficient than Sen Byrd’s Ku Klux Klan.  They kill more blacks in 4 days, than the senator’s kkk killed in 100 years.  Remember, listen to Jesse Jackson.  “Abortion IS black genocide”.  The only thing that changed since he said it in 1977, is planned parenthood gives him more tax dollars for helping them kill kids than the black preborns have a chance to grease his palms with.  PP is so good at it, 61% of the black children in NYC, the abortion efficiency capital of the world, die by medical knives.  Guv Andrew Cuomo doesn’t like pro life centers either; neither does Dr. De Blasio, its mayor.  When the final script for Black History is written, this will be the worst time for blacks ever.  Worse than the slave ships. Worse than the plantations.  Tho Margaret Sanger thinks a dead black kid is a good thing, one less “useless eater”, post Dred Scott,  every black child is not 60% human; nor is the preborn child.

Pull out an unused, pristine anatomy or embryology text from the abortogod’s library. They are 100% male or female; not 60% voting, 40% dead matter.   Sanger’s soldiers live on to kill another day, though America is waking up to its sin of commission and worse, the worldwide export of its vile evil to every country but three. Such as Ireland, who codified NOT killing babies in 1831 and the 1860s, is faltering, as we celebrate the de-paganizing the Emerald Isle today.  March 17th in the year of the Lord 2014.  St Patrick rid the Isle of human sacrifice; modern sick people want to bring it back.  I thought the snakes drowned back then; apparently not.

We need to take up a collection.  Planned parenthood is only getting $2 million a day in tax money.  It’s just not enough to buy an patient viewable ultrasound machine in any kill mill.  Ultrasounds cost money both to purchase, install and moms tend to not abort when they see their baby is a ….hmm hem  a   ahhh   baby.  There is a Dr. Isaac interview at YouTube.com/user/Lenbeckman in which he teaches those class cutting doctors, nurses and midwives what a baby looks, smells and comes out like.  All but what they taste like and for that you need to contact a human sushi Oriental take out restaurant, one from colum “w” as in womb.
So, let’s help out the Gynecologist in Chief’s favorite charity, planned parenthood.  We can call it the Girl Scouts Don’t Like Planned Parenthood Ultrasound purchase machine.  We will mount them outside the building so no one at PP will get in trouble with Cecile Richards.  She only makes $1000/a day and Margaret Sanger would roll over in her grave.  Who’s in?  Let’s help…we already are doing commercials for abortogods (those who choose life or death) who missed medical classes like fetology, embryology, physiology, biology and anatomy.  The only -ology the doctors, nurses and midwives who kill kids took was moneyology, apparently.
Fellow sojourners of life, life lovers all.  In the meantime, there is an alternative. Giant 2D before and after photo album.

Get a giant picture of a developing baby, available on the net.  Maybe five months (20 weeks); better is all nine months.  Survivors of the Abortion Holocaust (survivors.la) make great use of them, usually peacefully.  Of course, a UCSB Professor of black studies, feminism, porn and sex named Young and her Restless crew assaulted 16 year old peaceful young, like Thrin Short.  Thrin was having adult conversations with students, something that used to be called “universitas” or dialogue, maybe debate.  Just discussing issues with students who are denied the truth by Young professors of leftology and get violent to make sure they foster academic freedom FROM the truth.
But though we battle “How Long is it?” Monty Python style, whether,  over 6 billion, 600 million, 6000 years to have mankind on the earth, whether created special or evolved in who cares fashion, today there really is only 16 seconds of life for most babies crossing the sidelines and sidewalks into the grasp of planned parenthoodlums at their front alley kill mills.
A little more time, usually three days for the kid to come out alive or dead before drowning in a clean, cool Plaza toilet, for ABQ’s ACLU sanctioned baby brain lethal injection centers called Southwestern Womens Options.  16 seconds to stop abortogods from killing a perfectly fine human specimen… or speciwoman.
Also, don’t forget the mom’s after pic,  to get a One Hour Baby Photo, showing the mangled remains after Dr. Demented takes out his/her, medical grade assault knives, a la Bizarro Edward Scissorhands.
Those currettes (spoon shaped knives) have killed 1000 million kids and counting.  Of course, Dr. Sella has prefected the art that the ACLU loves: doing lethal injection with poison in the brain of full term kids; then mom has to wait on the toilet next door at the Plaza Inn for it to be born alive or dead.  No 911 is allowed; only the death watch.  These neo-pagans are just plain evil.  It’s almost like they are the western Hell’s Kitchen, no insult to the New York entity.

Finally, black on black teen crime is epidemic with fathers missing or being forced out.  So, Miss Laura…figure 3 million crimes against the elderly and defenseless are averted each year by good people stopping bad people with guns. Usually just brandishing it works. 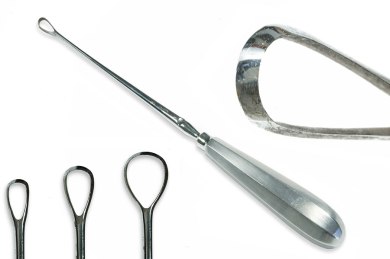 Sometimes not. However, 1000 million kids killed by abortogod wielding curettes with titles like doctors, (nurses and midwives in California) don’t seem to matter to the alzheimer’s and blind media.

The safest place for blacks is on the plantation.  There, they were property and at least kept alive.  Today, blacks are property if the mother says so and almost 40% nationally, black preborns are killed before they can vote with their first cry.  Or course, Tonya Reaves is proof the occasional black mother dies with her child “for the cause” or “for the children”, whichever comes first.

The Playmate of the 20’s Sanger is happy to “exterminate the Negro population”.  One kid at a time.  And Jesse used to think it was wrong.  But, there’s no money in keeping the black family intact and off the national government plantation.  Ask Star Parker, Walter Williams, Thomas Sowell, Dr. Ben Carson and Larry Elder, black leaders who value black young people as future citizens, not cesspool products following an abortogod cutlery demo.  The most glaring irony is Carson’s story of being able to unjoin conjoined twins fastened at the head, while he couldn’t save his twin preborns from miscarriage.

Comments anyone?  Quick before blacks drop from 11% to 10.