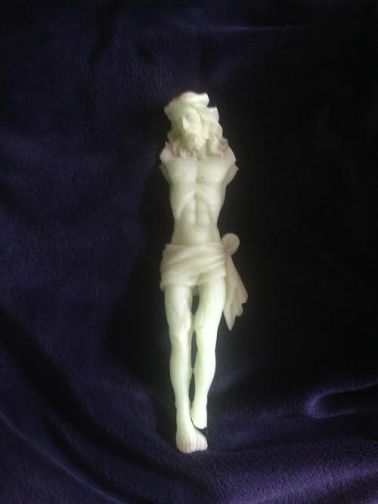 How much Corruption is too much to disqualify the Bobblehead Bimbo of Arkansas? Now, she’s telling Catholics to go to hell.   TY WikiLeaks, who have given us a window on Hades’s kitchen of corruption.

It’s amazing, a footballer pounds his girlfriend in the elevator, and another sits on his sorry assets dishonoring our great country, but a non-DC insider’s trash talk is the ultimate mortal sin to have reinsert the Corrupt Clinton Crime family.  And they hate Catholics yet so many Catholics still vote Clinton and the VP Grinch coKaine. Clinton’s Crew wanted to infiltrate the Catholic community, a kind of “Catholic Spring”

TY WikiLeaks, the real “freedom of the press” whistle-blower citizen journalist; without you, all we would have is the branches of government, the fourth estate being corrupt.

Another whistle~blower, champion of truth, David Daleiden, has experienced the demonic wrath of the Democrapian Regressives shared how their fave domestic terrorist 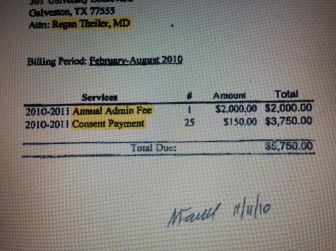 Planned Parenthoodlum invoice for baby parts.  $150 each for hearts or livers charged to Texas’ UofTexMed P.O.

abortionists were vying for a Lamborghini and selling severed blackheads for $715 to that Ivy League school, YaleMed.

Clintonians mock Catholics, blacks, Jews and Gentiles alike, calls everyone but her enlightened elite, irredeemably deplorable, colludes with the mainstream media branch of government and the DofJustice. Planned Parenthoodlums just fills in the gaps, severing baby heads for profit. 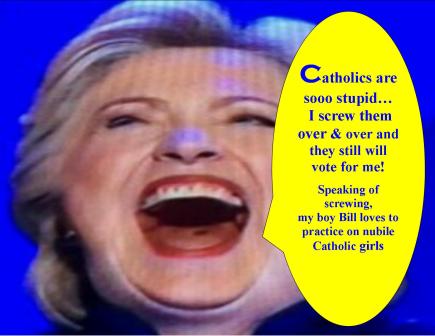 when would be the best time to release his boss Hillary’s emails so the federal government of the united states doesn’t ruffle the poor woman’s feathers or is it her talons?

So they comply and do the dumps on friday afternoons like Labor Day weekend to minimize the truth getting out.

HilLIARy, a peculiar pathological liar and psychotic hack Alinskian, laughed when her first client, a 49 year old sadistic rapist, pulverized a 12 year old’s pelvis; her minions destroyed evidence and claimed, get this, the 12 year old girl “wanted sex with older men”.  This sorry sack of excrement, a Bill Clinton prodigy, got off with two months served.  Difference the 12 year old is now an adult and talking the truth about Slick’s Sick trash actions.  As it is,  HilLAIRy married the rapist’s character type and the rest is history.  And someone told me she is STILL running for president. 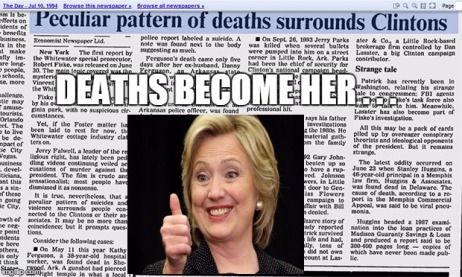 Frankly, Hillary is a degreed murderer, and should be charged, at least, with 2nd degree manslaughter of the Ben Ghazi four, not to mention Seth Rich and others.

The evidence is in, she knew it was a 9-11 Islamist terrorist re-celebration in Libya, as she immediately told her Chelsea and other foreigners it was terror; then she ruined a hapless videographer trying to expose Islamic tyranny and she lied to America AND the families of the dead on another tarmac in a different city than Bill.  Her action served a dual role: helping Obama’s tail end 2012 campaign and eliminated the inconvenient evidence Ambassador Stevens was selling weapons to ISIS on behalf of Hillary’s SecState role.  Double tap.

But, go ahead, America isn’t that important, there’s Venezuela or Russia, maybe Canda to run to.  Vote her in; words will hurt more than destroyed sticks and bones.  Even though people like Seth Rich die from natural causes, two shotgun blasts to his back, because they tell the truth. 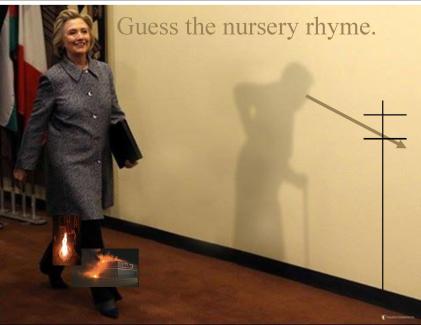 Ya think HilLIARy lies only when she talks?

The networks are no longer press first amendment style; they are owned subsidiaries of the Regressive Leftist Democrapian Party of Slavery.

Nobody But Clinton, Clinton Broadcasting System, Another Bill Clinton and the Clinton News Network.  Fox is barely neutral. NBC, ABC; a CBS top exec is related to clinton staffers and CNN cleans Willy’s slick member and carries Hillary’s water. To quote Glenn Beck:  “You can’t exist as a free people with a corrupt press.”   He talks about the ability to think critically; this is why I am a fan of Thomas Aquinas College for college aspirants:  boys and girls sleep in separate buildings, sex is something just seen occasionally in Carls~Hardee bacon burger ads; and, instead of leftists pumping them the AlgorehateAmerica drivel, the youth battle ideas in groups of 17 in the classroom of real “Universitas”.

America needs colleges freed of the regressive left’s stranglehold virus of idiotology.  The Regressive Leftist libs have NOTHING to offer; they always have a scam and never can defend their ideas.

New Pork Times violates the law by printing Trump’s tax returns, but the idiots didn’t realize it proves he is a good businessman, using solid tax law that you can carry forward business losses.

The Washington ComPost releases the strategically saved the 12 year old NBC Nobody But Clinton Access Hollyweird Trump trash talk but didn’t expose the campaign plane erection story of Senator Obama that the ladies clamored to see.  But go ahead: vote for the corrupt killer demon over the potty mouth.  Of course, if you haven’t seen “Hillary’s America”, now on DVD or digital download, it’s time to see it NOW.

Yes, i detest the demeaning of women, whether in an elevator, on a plane, in a bus, etc.  EVEN if the women don’t care in this 50Shades of S&M time in history.  But, 8 years of neutron bombing  by the Islamist in Chief destroying every aspect of the private sector, demonizing law and order cops, laundering billions to his cronies, will result in OBama Term III (and Clinton term III) if we don’t wake up and smell the corruption. And at least half of the 1.88 billion kids killed inside their moms are women, just not able to defend themselves like Hillary’s first legal 12 year old victim.

Limbaugh calls it a “coordinated effort to coronate Hillary.”   It is.

Crude Commentary or the Clinton Crook Crime Syndicate.  You call it voter.  After all, I am one of those stupid Catholics with 11 kids; what do i know?

This much: I love this land and the corrupt DC demons have been in charge waaay too long; we’ve had enough of the BHO & B&H destroy America crowd.  Way too much. 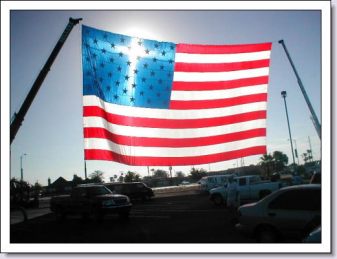 Catholics, like all faiths and cultures citizened here,  are a part of the fabric and fiber of this 240 year covenant nation. Not Hillary.  Or Epstein’s Bill.

The world needs America more than America needs the world.  And we American citizens need to take back our country so it can experience a Renaissance of Truth, Justice and yes, God’s way.

So, Catholics, are YOU too going to kick Jesus and His mother, as you can at the Estonian National Museum?  Spit on all people of faith by voting for the lady from hell?  It is YOUR conscience at the mirror.  Consider well what your ballot actions will do.

We DON’T need the Pedophile Isle perp Sick Slick and his wife, the bobblehead bimbo, who abuses women of all ages, 12 years and up, preborn and the elderly. This stupid Catholic, deplorable too, believes she should resign, and enjoy the last few years her subcorticol vascular dementia/Parkinson’s allows her.  Barack would have to pardon her anyways… and she might, without the stress, live to age 75.  But, as usual, though Hillary’s friends disagree, the length of a human life is God’s call.  Not Mrs. Clinton.