255 years ago, black and other slaves were no longer owned by Southern Democrat blackmasters this week, when the 13th amendment was ratified Dec 6, 1865 and certified Dec 18th. 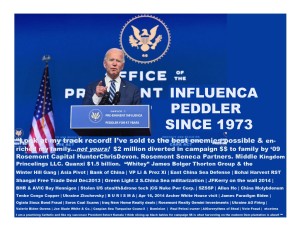 100 years ago last August 26th, even WOMEN were allowed to vote under the 19th.

Yet, in 2020, American citizens in realsville USA have been disenfranchised directly by the ABCNNBCBSwPOSTnyTIMES and their owners at the ObamaNation, headquartered two miles from the White House in DC.


NORTH TEXAS (CBSDFW.COM) – Texas Attorney General Ken Paxton has sued battleground states of Pennsylvania, Georgia, Michigan, and Wisconsin, saying they made unconstitutional changes to their laws before the 2020 election.

Paxton said those states tainted the integrity of the vote in Texas and all states.

Here is his full statement on the matter:

Texas Attorney General Ken Paxton today filed a lawsuit against Georgia, Michigan, Pennsylvania and Wisconsin in the United States Supreme Court. The four states exploited the COVID-19 pandemic to justify ignoring federal and state election laws and unlawfully enacting last-minute changes, thus skewing the results of the 2020 General Election. The battleground states flooded their people with unlawful ballot applications and ballots while ignoring statutory requirements as to how they were received, evaluated and counted.

“Trust in the integrity of our election processes is sacrosanct and binds our citizenry and the States in this Union together. Georgia, Michigan, Pennsylvania and Wisconsin destroyed that trust and compromised the security and integrity of the 2020 election. The states violated statutes enacted by their duly elected legislatures, thereby violating the Constitution. By ignoring both state and federal law, these states have not only tainted the integrity of their own citizens’ vote, but of Texas and every other state that held lawful elections,” said Attorney General Paxton. “Their failure to abide by the rule of law casts a dark shadow of doubt over the outcome of the entire election. We now ask that the Supreme Court step in to correct this egregious error.”

Elections for federal office must comport with federal constitutional standards. For presidential elections, each state must appoint its electors to the electoral college in a manner that complies with the Constitution. The Electors Clause requirement that only state legislatures may set the rules governing the appointment of electors and elections and cannot be delegated to local officials. The majority of the rushed decisions, made by local officials, were not approved by the state legislatures, thereby circumventing the Constitution.

Paxton’s announcement sparked immediate response on social media, with many weighing in on the validity of the suit.

University of Texas School of Law professor Steve Vladeck tweeted: “It looks like we have a new leader in the ‘craziest lawsuit filed to purportedly challenge the election’ category. The State of Texas is suing Pennsylvania, Georgia, Michigan and Wisconsin *directly* in #SCOTUS. (Spoiler Alert: The Court is *never* going to hear this one.)

Well the ObamaNation minions will be out on this.  But, if trucker Jesse delivered 200,000 pre filled out Pennsylvania ballots from NY to Harrisburg on Oct 21st, your and my vote experienced deflation.  The first Dominion FraudMatic tabulator in Georgia tested had equal numbers of Biden and Trump votes in, and the finely tuned device gave Biden the 26% edge.  Hmm: 100 of each in, 87 out for Trump, 113 for Biden.  Google it and you see KamalaBunkerJoe has 81,271,137 votes.  President Trump is shown having 74,209,304 votes.

Now to pop the popcorn for the Greatest Election Show on Earth.

Didja know Madera was just voted back in on Dominion machines with only 31% of eligible Venezuelans voting knowing the “fix” was in as usual, with a 68% total; US, EU etc won’t certify.   LESS than KamalaJoe’s 26% “Lead” from the Georgia Machine Test this week.   Will WE certify the fraud or stop the steal.

Tammany Hall, Philly 100% for Obama, Carpetbags of Ballots, GA suitcases full,  Dems voting early, often, alien and of course dead are all in the Voter Fraud Election Steal museum in Alinsky’s Chicago. It IS portable and has been in 5 swing states recently for inspiration.  And did it inspire in Penn, GA, Mich, Wisc, AZ, Nev and more.

This could be the most interesting addition, when Congress counts the Electors Jan 6th, the Epiphany of America.    Salt and/or butter.  Your choice.

Sign me: Dad of 11 real estate guy in year 35 of homeschooling great kids.  ALWAYS ready for the truth.  And it IS a great day to be alive