People: climate, like diapers, changes often.  Dirty diapers, like man being credited with the power of weather control, stinks to high heaven.  Not to mention, a total fraud. 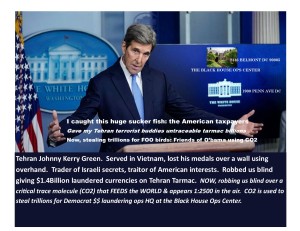 Take the test:  Take an air sample from your home, car, little league diamond, office, church.  You come up with 2500 air molecules TOTAL.  So, the quiz question, how many of the 2500 are CO2, has a solitary answer.

I’ve “preached” this truth for many years and “invested” $2 accordingly with various people, priests, moms, teens and more. Attached is a recent one: the instant contest I do with a $1 or $2 bill rarely gets the right answer that Roxie tossed out, because people don’t believe our prostiticians lie so effortlessly on this.

It is about how much carbon dioxide is really in the atmosphere. The misery merchants keep selling their moldy green idea that God is incapable of a stable (sustainable) universe, especially here on earth.  That He put climate, variance in weather, onto the earth and He alone has the ultimate power to change it.  Outside nuclear war.
I know we are busy worrying about being 72 inches from another pew person or mask over nose in the congregation:  But, Imagine if the Church took up the real science mantle: that CO2, like the Trinity of eternity, is part of the small t trinity of life: carbon dioxide mixed with water and sunlight, energized by a catalyst, FEEDS the WORLD. Without God’s gift of this trace chemical (only 12 man made CO2 molecules per million 12:1,000,000) ie photosynthesis, we DIE.   The companion equation, aerobic respiration,
Not AOC’s or Johnny Kerrygreen’s bizarro world ending in 12 or 10 years: the real bountiful blessing in nature God has set in motion.
Corruption in the Follow the Science game is epidemic, almost as much as the misinformation surrounding the Plague of Xi JinglePingle, the protege of Mao whom his father served as propaganda minister.
They say mama polar bear (the Algorean Heresy chronicles back to the 1980s) is dying with her cub on an ice floe stranded at sea near the glaciers.  Minor point: mama and cubs

were designed to swim in frigid waters for their food.  Like fish. So this photo op, repeated often, is a pile of ursa major doo doo.
Today, there are 5 times as many polar bears (none drinking Coke btw) as when Al Gore preached this tripe 5 decades ago.  He a multi-millionaire; now Johnny Kerrygreen is the $2 trillion man robbing America of its wealth for the fraud of his cronies at the ObamaNation.  This isn’t political: this is the alternate American governance that is stealing the Church’s authority, family unity and our college teens very lives.
NO island has been drowned; in fact, the seas are NOT rising worldwide.  The oceans, like a glass of H2O from your reverse osmosis dispenser, tend toward stasis or “leveling”.  Martha’s vineyard and Malibu are NOT in danger (outside beach sand erosion).   Melted glacier in summer (warm) season returns in winter (not so warm).  Antarctica is still there folks.
Gavin the Grifter’s “wildfires” is not atmospheric physics: its terribly poor forest mismanagement.  We don’t let our kids leave piles of wadded paper near a flame in the family room…why does Guv Gavin “blame” the weather for his terrible statesmanship?  Drought, tornadoes, SNL’s failure all blamed on 12 CO2 supposedly ‘created’ by man out of

Hints for the 2500 air sample quiz

1,000,000 total air molecules:  look at the chart and see 400PPM.   Climate change is blamed for everything.  And how can we compare 12:1,000,000.
It’s like finding 12 Bishops in the one million strong crowd of youth at the 2000 World Youth Day in Rome: you know they are there but can’t find them very easily.  Or 12 pennies, same shape and color, in believe it or not, 167 gallon milk bottles.  To go through 3 tons of pennies to find that 12 androgenic cents.  Sound senseless?  It is?  Only the ignorant believe in androgenic climate change
Alexandria Ocasio-Cortes (AOC) is the victim of her ignorance and indoctrinated upbringing by leftist college academes who couldn’t spell TRUTH even if the dictionary page was opened.  God controls when the world ends, not a former $177,000 a year bar tender turned brain challenged prostitician.  She and the Iranian enabler Johnny Kerrygreen, like the false prophets they are, are pushing a bizarre narrative that we puny humans can control the weather, change the climate by our ‘processes’.  Economic work, that is.
Convenient truth, CO2 is the one substance in the pantheon of chemicals universal to man’s progress, productivity, and yes, capitalistic free market family sustaining economics.  Convenient if you are Saul Alinsky or the hijacked Democrat party of enslavement.  And if you can convince a nation to spend $2,000,000,000,000 (Trillion with a T) using a traitorous (Johnny says he “served” in Vietnam before tossing his metals) egotistical liar like Johnny Kerrygreen, you can convince the eskimos to buy imported ice.  Glacial, of course.
Got CO2?  You bet you do.  And thank God for this MOST important blessing for life.  I have not copyrighted the $2 bill contest; try it on your friends, bishops, prostiticians (everyone should own one) and adversaries.  The ONLY American currency with the Declaration of a most blessed covenant nation on the obverse.