Life is sooo interesting!  Certainly, it is amazing how a tenured Harvard leftist Marxist law professor, Derrick Bell, about the time killing little black girls for parts was codified in Roe & Doe, creates his system of just odd fake definitions of race to continue the push for Marxist/Communist deployment in the most blessed country on earth.

Decades later, the radical left, which includes the current Democrat leadership team located 2 miles northwest of the Oval Office at ObamaNation headquarters, is emboldened to insert their “curriculum” into every public and private school in America.

Thankfully, Homeschoolers are STILL exempt because the principals and teachers think critically about what their scope and sequence contains.   There is the usual $$$ in the headlights, with piles of “money to be made” pushing AG Garland’s son in law Xan the Man’s CRT courses.  Panorama Inc. has gained access to over an estimated 25%  of the pubic schools across America. 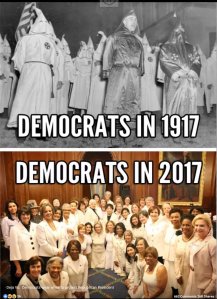 So selling race, much like the Southern Democrats sold blacks back and forth off plantations, and auction posts, is still fashionable.

Think about that.  Also, think about a 6 year old recently who cried to her mom telling her “mom, they say I am evil because I am white.”  How can a little girl who survived the Democrat penchant to kill her in the womb, be lumped together with those Southern Dems back in 1854 founding the party of slavery to protect their organic property interests.

Here’s the Wiki short def:  “Critical race theory (CRT) is a body of legal scholarship and an academic movement of U.S. civil-rights scholars and activists who seek to examine the intersection of race and U.S. law and to challenge mainstream American liberal approaches to racial justice. CRT examines social, cultural, and legal issues primarily as they relate to race and racism in the U.S.. A tenet of CRT is that racism and disparate racial outcomes are the result of complex, changing, and often subtle social and institutional dynamics, rather than explicit and intentional prejudices of individuals.”

How in Hell, this side of Heaven, do we inoculate our kids from this crap as the left owned educational establishment indoctrinates the latest generation, after the last, and still look in the mirror.  It must be so sacred to the misery merchants and left loons, that they get the ALMOST supreme court justice, AGarland, to label parents “domestic terrorists” for questioning WHAT is pumped into their children’s brains.

How do the pictures of international terrorists recently refunded ($85 billion) by the Fossil fool Joe Biden, including beheadings, a lopped off head of a naked woman’s blood being drained into bowls, rape of everything female in TaliBidenstan compare to moms and dads just trying to survive and thrive in our blessed land?

This isn’t about race; it’s a crappy racist theory that ignores basic biologic science and history.  When you get down to the basics, as usual, its about the mainly Democrats misdirection and MONEY they can purloin from hapless, often brainless, Americans.

Speaking of Dems, radical leftists, nepotism and of course, Follow the money as you Follow THEIR scientists:

“The education company co-founded by Attorney General Merrick Garland’s son-in-law is facing fresh scrutiny after it was revealed the company supports critical race theory curricula while servicing 23,000 schools in the nation, costing tax payers hundreds of thousands of dollars — while Garland cracks down on opposition to the ideology.

Garland has been under fire  for his Oct. 4 memo in which he tasked the FBI with investigating an alleged recent spike in violence against school staff amid backlash to CRT being injected into school curricula, though Garland’s memo did not specify what those acts were.  Imagine that: the left’s Weather Underground Bill Ayers goes mainstream in all our schools where kids have, what do we call them…oh yeah:

“Amid criticism from parents and politicians over the intentions behind the order, some are questioning whether Garland has a conflict of interest due to his son-in-law’s company.”  Gee, really?  Simple answer? YES!!!!

Panorama Education, co-founded by son in law Xan Tanner, sells surveys to school districts nationwide with a focus on “social and emotion climate,” according to a report by Forbes.  For million$

With contracts in more than 50 of the 100 largest school districts in the U.S., Panorama Education claims to be supporting “13 million students in 23,000 schools and 1,500 districts across 50 states.”  Xan the Man certainly is an entrepreneur!

Supporting them?  No, selling them on, not reading, ‘riting or ‘rithmatic but division into the oppressed and those evil oppressors on a convoluted understanding what “RACE” actually means.

Never mind, NO ONE alive today served on Senator ‘KKK’ Byrd or William Jefferson Clinton’s KKK Kommittee or owned slaves.  And my $1619 bet remains alive to all.

CRT originated in the mid-1970s in the writings of several American legal scholars, including Derrick Bell, Alan Freeman, Kimberlé Crenshaw, Richard Delgado, Cheryl Harris, Charles R. Lawrence III, Mari Matsuda, and Patricia J. Williams.[1] It emerged as a movement by the 1980s, reworking theories of critical legal studies (CLS) with more focus on race.[1][9] CRT is grounded in critical theory[10] and draws from thinkers such as Antonio Gramsci, Sojourner Truth, Frederick Douglass, and W. E. B. DuBois, as well as the Black Power, Chicano, and radical feminist movements from the 1960s and 1970s.[1]

CRT scholars view race and white supremacy as an intersectional social construct[7] that advances the interests of white people[11] at the expense of persons of other races.[12][13][14] In the field of legal studies, CRT emphasizes that formally colorblind laws can still have racially discriminatory outcomes.[15] A key CRT concept is intersectionality, which emphasizes that race can intersect with other identities (such as gender and class) to produce complex combinations of power and advantage.[16]

Academic critics of CRT argue that it relies on social constructionism, elevates storytelling over evidence and reason, rejects the concepts of truth and merit, and opposes liberalism.[17][18][19]

Since 2020, conservative U.S. lawmakers have sought to ban or restrict critical race theory instruction along with other anti‑racism programs.[8][20] Critics of these efforts say the lawmakers have poorly defined or misrepresented the tenets and importance of CRT and that the goal of the laws is to more broadly silence discussions of racism, equality, social justice, and the history of race

If you attended one of today’s pubic school systems, you probably never heard the truth about race.

First tenet: there is only ONE race; not 12 first couples that yielded various sizes and colors of races.  ONE.

Our first parents came from the Mesopotamia region, whether you are Biblical or Secular.  Dr Louis Leakey, secularly, discussed this with his Lucy work.  Biblically, God who was NEVER created and ALWAYS existed, first made the angels: body less but real.

Next, He created the UNIVERSE for His next major creative act.  It spans billions of planets and stars, about 553 sextillion miles wide, give or take a trillion miles (we’ve become TOO used to trillions in printed $$$).  Finally He made man and woman. God had made millions of other species in the kingdoms, but only one each to populate the earth in the middle of the universe He had made for His beloved human creatures.

Man starts the repopulation process with his sperm; the other, His finest creation, woman, who is the critical path to love and life for OUR children.  Not JoBama’s, Garland’s, the teachers’ union thugs, misery merchants or looney lefties.

Adam and Eve did exist; if you follow Christ, He spoke specifically about them as did the Scriptures.  In a real sense, we are all related.  In fact, when the waters got to 14,000 feet (not the 20,000 feet Obama is predicting), we were down to 8 humans. From those eight you have the current 9 billion.  Minus the 2 billion the Demonrat abortionists at PP Int’l have killed for parts.

You, me, all of us ARE miracles: individuals, linked by blood into families and voluntary associations by choice or forced involuntarily. But family.  No, Russian dossier Hillary, it does NOT take a village to raise a family.  Unless mom and dad were killed in a car accident or a young girl separated by one of Joe Biden’s wealthy terrorists over seas, the little members of the HUMAN RACE become adults with the love, nutrition and education of members of their own race: the HUMAN ONE!

Each of us with 30-50 trillion cells in our bodies wakes up to a new day and makes choices.  Crappy race theories only defy the truth and divide a nation that has gotten well beyond the Democrat’s ‘divide and conquer’ understanding about “race”.

Ironic, the party of black ownership, slaveowners up until 1865, the Southern Democrats STILL want to own us.  Divide into black, green, white, purple…pit us against each other so they can pick up the spoils with their legacy and lunacy.

Then, November 3, 2021 happened: a white guy, a black woman and a Cubano male got elected.

Virginia, the home of many presidents, became the launch pad for the Dark Ages to end.  Will that hack GarbAGe Garland continue to push his insurrection II BS, claiming parents are just sex machines who pump out kids for the intelligencia of his Demonrats and bureauRats?  Time will tell.  But parents ARE awake and ticked.  Thanks to the kitchen table expose of WHAT crap is being taught to our nation’s kids.

People, START or continue to fight for truth, justice and the American way (when abortion is shitcanned out of existence).

We are NOT a racist nation; didn’t we elect for two terms a half black prez who runs the Obamanation puppet theater today?

We HAVE racists, like BLM, anguished leftist whites feeling guilt, people who HATE their brothers and sisters because they are different than they…  but there is NO systemic racism, just systemic stupidity.

Nor is the most blessed and generous land on earth a racist nation.  UNLESS you are hooked up to the Misery Merchants Matrix, taking your days orders, like the ABCNNBCBS APosTimes, from the head loons at 3466 Belmont, two miles north of the Oval Office.

The red pill worked in the movie. But, here in Realsville, the vast majority of us don’t see a black guy, a Vietnamese girl, a Polish grandma.  We see friends, neighbors, co-workers who are ALL human with different cultures, some from other countries, most born here.

EVERY crime is a hate crime; whatever excuse to steal more than the Democrat legislated and Soros District Attorneys enforced minimum of $950 in California, it IS a crime.  Robbery, murder, Biden’s promoted TaliBidenstan rape industry, property and human crimes are evil.

We don’t carjack a car because the occupant came from Chicago or China, we do it to use or sell the OTHER PERSON’s car.

39k The second is like it:* You shall love your neighbor as yourself.

40* l The whole law and the prophets depend on these two commandments.”
My fave maxim puts to bed the misery merchants, the race hucksters like Marxist Harvard and other ‘intelligencia’ who have a bizarre view of life:

Help1some1~2day…and more if you are able.  This is the true vaccine for our dying world. Love and charity to others, especially those we don’t know while accepting law and order as our banner

Enjoy your day doing good.  After all, whichever human race you belong to, it IS a great day to be alive.  Len